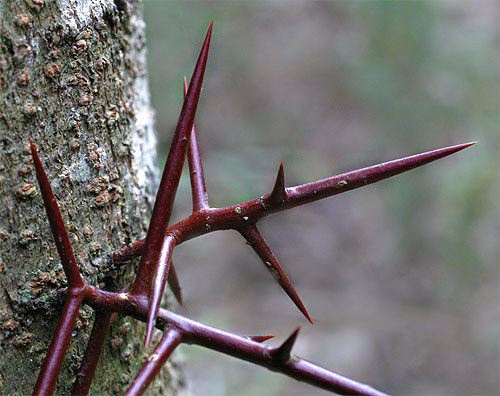 Friday, the Friday we call Good; Good Friday. Now, the term “Good Friday” and its origin are unclear but there have been other terms for it such as “God’s Friday” and is still known as “Long Friday” to the Dutch. It’s the Friday unlike any other on our calendar. Well, the 1920’s brought us “Black Friday”, and the movies brought us “Friday the 13th” but that is neither here, nor there. Friday is the end of the work week and is probably the favorite day of the week for most working Americans (TGIF). Good Friday is doubly good for it is the day that marks the beginning of the end of God’s plan for our Salvation.

On the first day of the week, Jesus entered Jerusalem for the final time at the beginning of Passover week. If we move forward in the story a little we find Jesus with His disciples in the garden of Gethsemane. By this time, the plot to murder Jesus was in full swing and Jesus had gone to this place to lay down this heavy burden He had been carrying.  In the garden, we find a scene where he, Jesus, falls with his face to the ground, praying, “My Father, if it is possible, let this cup of pain pass me by. Yet not as I will, but as you will.” Matthew 26:39

So grieved was He by this burden that the Bible tells us that Jesus’ beads of sweat became as drops of blood. Jesus would pray twice more and then go forward to meet his accusers and there begins the Passion as we know it.  From there, Jesus went forward confident, not that He would be spared suffering, not at all, but of His eventual vindication. The glory of God, the love of God was not showcased merely in Christ’s suffering, for Christ’s suffering without the Ressurection is meaningless, nor would Christ resurrecting at the end of a long and natural life free us of our debts, but in His unjust suffering and his overcoming the grave, together, is the glory of our Salvation.

Such is the life any other child of God. It’s clear through Scripture that a life devoted to Christ isn’t one free of suffering, but one full of trials.  And these trials are not merely to inflict pain, but to conform us to His likeness, and to give glory to God.  We have received this promise: that no matter how many battles we lose, or have lost — in the end, we will win and have already won the war. Truly, the only the thing God, the Father, ever offers to us is vindication; victory. Perhaps, not on this side of Heaven, but somewhere far beyond the gaze of our earthly eyes lies our vindication. Ultimately, our vindication lies in a very simple truth: knowledge brings healing. The LORD may reveal that knowledge to us, either in this life or in the next, but that’s solely up to Him. Paul tells us in Romans 8 that all things work together for the good of those who love Him and when we meet Him face to face we will, in an instant, know the goodness which was brought about by our suffering.

Christ’s suffering gave us access to the greatest gift the world will ever know; the gift of Salvation. We cannot, in our suffering bring about Salvation.  That work was done by Christ on the cross but we can, and do, bring the world to the precipice, face to face with Salvation through our suffering and sacrifice.

Now there was a man in Jerusalem called Simeon, who was righteous and devout. He was waiting for the consolation of Israel, and the Holy Spirit was upon him. It had been revealed to him by the Holy Spirit that he would not die before he had seen the Lord’s Christ. Moved by the Spirit, he went into the temple courts. When the parents brought in the child Jesus to do for him what the custom of the Law required, Simeon took him in his arms and praised God, saying:

“Sovereign Lord, as you have promised,

you now dismiss your servant in peace.

For my eyes have seen your salvation,

which you have prepared in the sight of all people,

a light for revelation to the Gentiles

and for glory to your people Israel.”